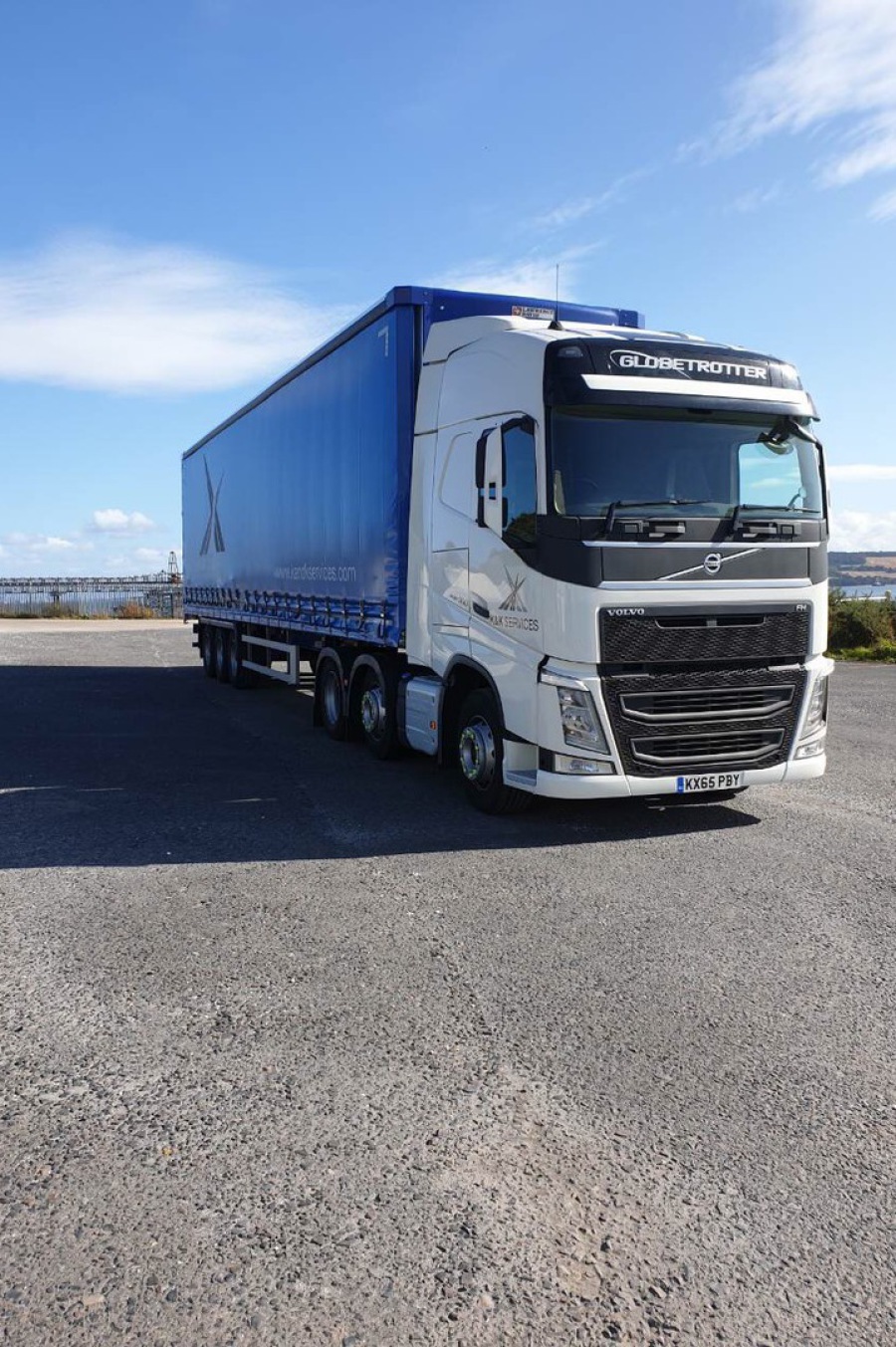 No “close shave” as K&K Services delivers on time and to budget for Brand Retail.

Brand Retail approached K&K Services to distribute 300 Point of Sale display stands for personal grooming and hair care products to 300 Argos stores nationwide within 3 weeks with no tolerance to damage, project overrun, and within a strict budget.

K&K Services created a unique solution incorporating their own delivery vehicles to complete deliveries within a 70mile radius and utilized some of the UK’s best regional hauliers to deliver to the furthest corners of the UK.
The project was delivered successfully with all operational objectives completed. This was delivered due to the application of core principles that K&K Services apply to all of their clients' requests;

Carefully listening to and understanding the needs and requirements;
Devising innovative transport solutions that meet those needs, in the most cost-effective way possible;
Proceeding work with integrity and transparency.

Following the success of the project Brand Retail engaged K&K to undertake their next project for Argos delivering the Ipad and Nook “Play table” into stores.

Brand Retail; A marketing strategy and visual merchandising specialist working with blue chip companies including Boots and Argos. Brand Retail had been asked to design,
manufacturer and distribute a point of sales display stand to be used in Argos stores. The project was undertaken in conjunction with some of Argos’s key suppliers Babyliss and Remington and the stand was designed to display their hair care and personal grooming products.Brand Retail had a very tight dead-line to get the stands in to store before the Christmas peak. Brand Retail needed a logistics partner who could manage and complete the entire distribution operation.

To deliver 300 “EPC” point of sale units to 300 Argos stores in under a 3 week window throughout mainland UK and Northern Ireland. All this had to be achieved including collection and consolidation of the component parts within a fixed budget.

The EPC display units were assembled in Milton Keynes.The hair care and personal grooming products by Babyliss and Remington were made available by Argos from their distribution centres in; Bridgewater, Burton on Trent, Kettering and Magna Park Lutterworth.

The display stands were finally assembled and products were dummified ready for despatch in Aylesbury. Due to the limited space in Milton Keynes and Aylesbury a ‘just in time’ approach was adopted to manage the assembly of the goods. Co-ordination between all the relevant parties had to be exact to ensure that the delivery window was met before deadline.

All the deliveries were made to Argos retail outlets that were located on high streets, retail parks or indoor shopping centres. All the deliveries had to be arranged with the store managers and delivering vehicles were planned and scheduled to accommodate the stores access limitations and working patterns of the staff.

Brand Retail approached K and K Services as they required a completely bespoke distribution solution that many third party logistics providers could not provide in a cost effective and timely manner.  When the right delivery solution was being considered it was quickly established that;

The solution that was decided upon incorporated existing fleet vehicles with additional dedicated hired in vehicles and the help of third party transport providers.

Full stock loads of 33 EPC units were trunked on articulated curtain sided vehicles from the assembly plant to the collation site. A mixture of K and K fleet vehicles along with pallet network members collected the products from the Argos distribution centres and delivered them to the collation plant.

Each of the 300 stores required two pallets, one with the boxes of the product and the other with the EPC unit.

The stores approximately within a 70 miles radius of Aylesbury were delivered on 18 tonne curtain sided rigid vehicles, that worked for the entire 3 week period delivering between 5 and 7 stores each day.

Stores in the outlaying areas of the UK were delivered by regionally based hauliers.
The EPC units were either trunked from Aylesbury to the haulier’s depots by K and K vehicles or collected directly by the regional haulier. Once the hauliers had the goods back at their depots they arranged the booking in and deliveries from there.

All 300 units and stock pallets were delivered to the Argos stores within the 3 week window none of the units were damaged and the positive reaction from Brand Retail prompted them to contract K and K Services for the distribution of the Play table to 90 Argos stores.

“Great job, thank you very much you and your team have been fantastic.”